Why "The Force Awakens" Was a Terrible Star Wars Movie *SPOILERS* 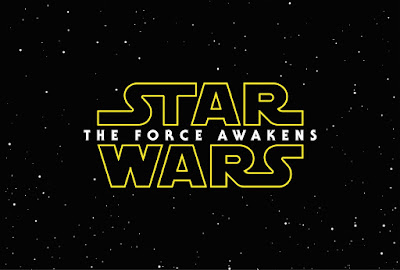 Ever since the new Star Wars movie came out, I've been having the same discussion over and over again. Everyone loves the new Star Wars movie, but something is off/missing/wrong/not quite right. As an editor, I spend most of my time figuring out all the things that are off/missing/wrong/not quite right with stories. So if you feel the same way about the new movie, read on to see why. There's a lot here, so I'll give you an overview, and if you want the analysis, just look for my subsequent posts over the next couple weeks.

First, I have to say that I loved the movie. It was fun and exciting. The cinematography and pacing were amazing. The new cast was awesome. It was everything I've come to expect from a Disney summer blockbuster.

Which is the problem. It was nothing more than another Disney summer blockbuster. It may as well have just been another Marvel movie. Fun and explosive, but shallow. Lacking depth.

Star Wars wasn't just a spectacle. It was also a deep, logically consistent universe behind an accessible and familiar fantasy story. When you scratch the surface of this new movie, you find an inaccessible jumbled mess.

AKA the State of the Galaxy. In the original movie, there's a galactic civil war going on, and we understand the motivations for why everyone is doing what they are doing. In the new movie, we just have two opposing military organizations trying to find Luke, and we don't even know why except that Leia misses him...

I'll go into a lot more detail about the setting in the next post.

This one starts to get a bit complicated because there are multiple conflicts going on in each movie (as there should be), so I'm just going to discuss the main driving conflicts in this summary. In-depth analysis coming soon.

In the new movie, we're told that the conflict is "find Luke before the other team," but we never find out why that's important, it has nothing to do with the climax, and it's resolved by a huge bit of Deus ex Machina, through no effort or triumph of the main characters, when R2 suddenly gives them the answer. Because apparently no one could find the "ON" button...

Luke. Straight from the monomyth. Luke is an orphan farmboy who meets a wise old wizard who gives him a special sword and teaches him magic. He goes off on a quest to rescue the princess from the evil sorcerer. Then he destroys the sorcerer's fortress and ends his reign of terror. Classic. This character never gets old. Of course there's a lot more to it, which I'll go into in aforesaid future post.

Rey. They tried the same formula but missed some very key parts. For one, she didn't actually learn anything. She somehow already knew how to outfly First Order pilots who had supposedly been training their entire lives, and she apparently already knew how to use the force since she succeeded the very first time she tried. And this is the main issue. She suffers from the Superman problem. There's nothing that she can't do. Her "growth" in the movie was limited to nothing more than leaving home.

To me, this may be the most important thing about Star Wars. A good villain. Just going to cover the basics here, but keep an eye out for the in-depth analysis soon.

There's two big things that the new movie really "missed" in regard to its villains.

The first is accessible motivations. We can easily understand that Darth Vader is trying to recover something that was stolen and, more existentially, that he is trying to crush the rebellion in order to secure his regime's control of the galaxy. For Kylo Ren, we only have the vague existential motivation of "finishing what Vader started." But we don't actually know what that means to Kylo or why he's trying to find Luke.

Second is competence. The new movie had the most inept group of villains I've seen outside of a comedy. They reminded me more of the villains from Spaceballs than their counterparts from the original Star Wars. Kylo Ren fails at everything he tries to accomplish in the movie except for murdering a town full of nearly-helpless civilians at the beginning. The villains were so incompetent that it doesn't feel like the heroes really overcame anything.


Again, I loved the movie for the summer blockbuster (in December) that it was, I just expect more from Star Wars. But that's enough for now. Next week, I'll post my in-depth analysis of the setting.

Thanks for reading!
Posted by Unknown at 2:02 PM