A Tale of Two Numbers...

The second number: 50 Million, that is 50,000,000. The number of goats that my favorite international charity, Heifer, could have provided to impoverished families with that amount of money.


Why goats? Well, because goats are useful. They provide milk and manure while alive and meat and hide when dead. And they reproduce more goats which provide more milk, manure, meat, and hide.

Time for an emotionally charged picture. 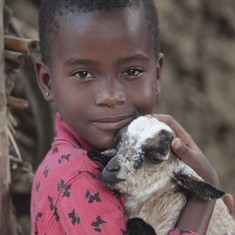 So for the price of 50 million goats for people who simply need food and milk, we have nearly the same government today as yesterday.

1: not guided or controlled by conscience : unscrupulous (Lacking moral principles.)
2 a : excessive, unreasonable
b : shockingly unfair or unjust

This excess of campaign spending is unconscionable in every sense.

To Mr. Obama and Mr. Romney,

You should both be ashamed of yourselves for allowing and participating in this excess.


To My Fellow Citizens,

Don't allow this to continue. In the future, when you see or hear a political ad, turn off the tv, turn off the radio, put down the newspaper. Just walk away. If the ads don't reach people, they will stop paying for them, and just maybe that money will go to someone deserving. And when you go to open your wallet and donate to a politician's campaign, please take a second to consider the goat instead.